The weather was favorable, all systems were go. After a week of delays, SpaceX on Sunday finally launched a satellite that will kick off a new era for GPS navigation technology.

At just before 6 a.m. PT, SpaceX tweeted simply ‘Liftoff!‘ and the Falcon 9 rocket was on its way.

The rocket was carrying the US Air Force’s GPS III SV01 satellite, the first in series of new satellites that will update the Global Positioning System. Still used and maintained by the Air Force, the array of GPS satellites has become a part of the everyday fabric of life for just about everyone. It’s in the palm of your hand, for instance, whenever you get directions to a store or restaurant on your smartphone.

The GPS III system is designed to be more accurate than the existing technology while being better able to resist jamming. It’s also likely to have a longer life span.

Two hours after the launch, the satellite separated from the rocket and began its independent orbit.

Shortly after that, Lockheed Martin, the defense contractor that built SV01, said that ground control was in communication with the satellite, though it’s not operational just yet. First it has to reach an orbit of about 12,550 miles, at which point its solar arrays and antennas will be set in position and signals testing will begin. 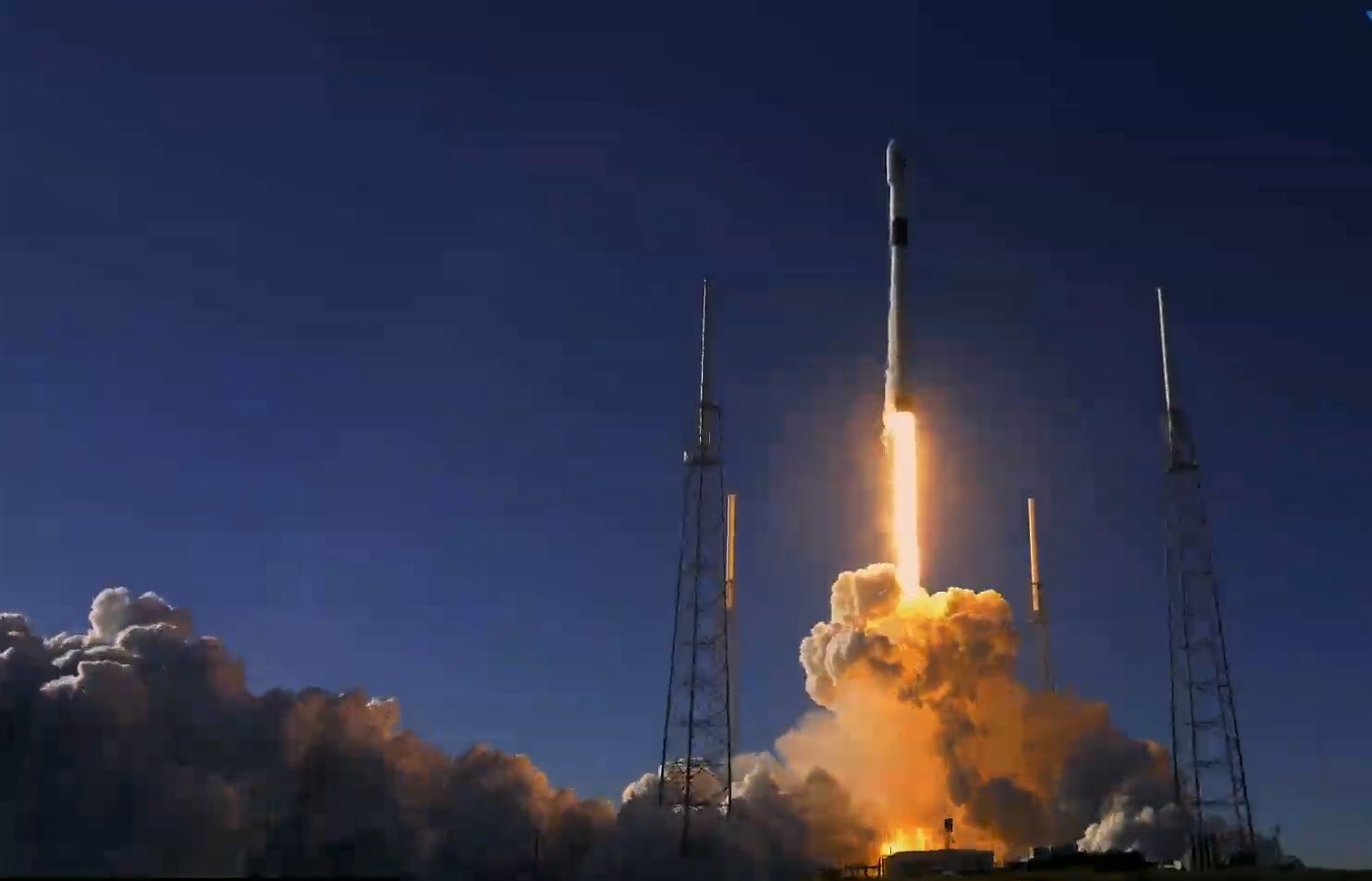 ‘This is the Air Force’s first GPS III, so we are excited to begin on-orbit test and demonstrate its capabilities,’ Johnathon Caldwell, Lockheed Martin’s vice president for navigation systems, said in a statement. ‘By this time next year, we expect to also have a second GPS III on orbit and users should be receiving signals from this first satellite.’

Launch dates for the mission had come and gone with some regularity. They’d been set for September and October and then again for this month. In just the last week, SpaceX had been ready to go on several occasions, only to face delays because of technical issues (Tuesday and Wednesday) and uncooperative weather (Thursday and Saturday).

In contrast with other recent Falcon 9 launches, SpaceX won’t attempt to recover the first stage of the rocket.

SV01 is the first of what could eventually be nearly two dozen GPS III satellites from Lockheed Martin.

SpaceX didn’t immediately respond to a request for further comment.